Ex-FSB Bogdanov told the details of his abduction 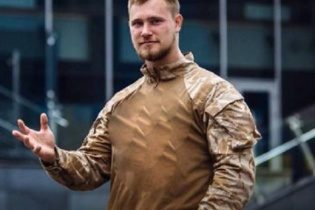 Ex-FSB Bogdanov told the details of his abduction

For their liberation thanked SBU

The former officer of FSB of Russia Ilya Bogdanov, who tried to kidnap and take to Russia, thanked the staff of SBU for their liberation and said the details of the abduction.

The videotaped interview of the officer was published in the edition of “Radio Liberty”.

“Gave the command to kill. You are sitting there and you see all these actors Understand that really would have killed. Really every time I was drunk of these drugs, which were bred with these syringes… on the other hand, is proud that the security service worked. It’s a win – beat the KGB car,” – said Bogdanov.

Read also: SBU has posted a video of the special operation on liberation of the ex-FSB agent Bogdanova

Recall that the Metropolitan police have contacted friends and acquaintances Bogdanov and stated that the last time I talked to him on 12 November. Since that time, he did not come out. Police opened criminal proceedings on the fact of disappearance Bogdanova St. 115 (premeditated murder) of the Criminal code of Ukraine.

On 18 November, the security Service of Ukraine together with the National police and the General Prosecutor’s office prevented a second attempt the kidnapping and murder of the former employee of FSB of the Russian Federation and now a member of the ATO Ilya Bogdanov.