The militants again fired at the military from tanks 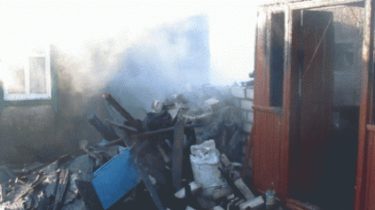 The militants again fired at the military from tanks

Just a day there were 46 attacks from different weapons.

For the past day the Russian occupation forces continued shelling positions of the Ukrainian military mainly of the Minsk agreements prohibited weapons.

According to the summary of the press center of the ATO.

Read also: Militants struck from the ACS in the Marines in the South of the Donetsk region

In Lugansk from mortars, rocket-propelled grenades and small arms militants fired on Crimean and Yellow. Also on the Village Lugansk was shot by a sniper.

“And in Donetsk direction the invaders from mortars, grenade launchers, heavy machine guns fired at the Lugansk and Avdeevka. Just a day there were 46 attacks,” – said the Agency.