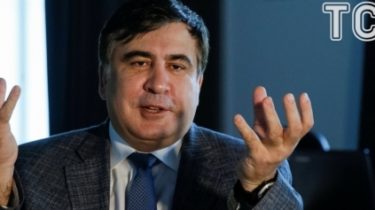 The Ukrainian side may issue of Georgia eks-the head of the Odessa regional state administration of Mikheil Saakashvili.

About it reports “Ukrainian truth” with reference to unnamed source in the presidential Administration.

The interviewee explained that Saakashvili can not revoke the citizenship of Ukraine, therefore, considered the option of granting the request of Georgia where he prosecuted.

See also: the Era of Saakashvili. Top 10 scandals striking the head of the Odessa region

In a press-service of the politician reports have not commented, but I promise to make a statement on the matter later.

According to another source from the presidential Administration, Saakashvili and Poroshenko have agreed to a “non-aggression” before the elections in Georgia.

Recall, November 7, Saakashvili announced his resignation. He stressed that President of Ukraine Petro Poroshenko does not adhere to their promises and the presidential Administration is promoting in place of heads of district administrations of the old corrupt. Saakashvili is not going to leave the city because of “his works.”

He stated this in an interview with TSN. According to Rabinowitz, he appealed to the Prosecutor General and the interior Ministry with a request to consider the extradition of the former head of the Odessa regional administration. Because Ukraine may not extradite its citizens, Rabinovich offers a Ukrainian passport he has to pick up. An initiative he addressed the President.