The first criminal. NABU has initiated proceedings against the two MPs and judges because of their e-returns 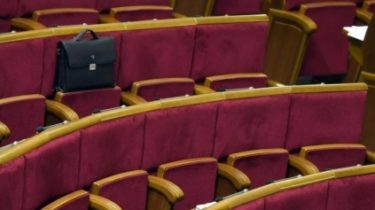 The first criminal. NABU has initiated proceedings against the two MPs and judges because of their e-returns

Yesterday, November 17, the National anti-corruption Bureau of Ukraine opened three criminal proceedings on the facts of illicit enrichment (part 2 and part 3 of article 368-2 of the criminal code) based on the analysis of information contained in e-declarations. Two proceedings were opened against deputies, one against the representative of the judicial branch.

“These three criminal proceedings on the facts of illicit enrichment are open according to the results of consideration of appeals of people’s deputies and relevant information analytical inspections conducted with the involvement of Management analysts and information processing NABOO”, – stated in the message.

Details about names in the NAB was not disclosed.

Earlier it was reported that due to incomplete e-declarations have to punish four deputies.

We will remind, on October 30 this year completed the first wave of electronic Declaration of information on their income filed by more than 103 thousand Ukrainian officials. The total amount of their state only money reaches almost 30 billion UAH. The national Agency for prevention of corruption gradually be obliged to check all these declarations. Let me begin with the high officials, deputies, prosecutors and judges.