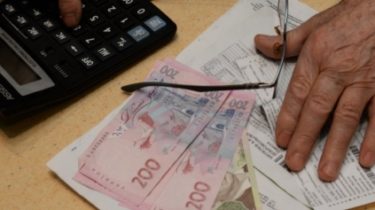 The allocation will be made only in 654 houses.

In KSCA said that the reason for the allocation of the majority of the payment for heat, exposed PJSC “Kyivenergo” residents of the capital, no.

About this informed the Deputy Chairman of the Kyiv city state administration Petr Panteleyev, reports Interfax.

“On behalf of the measure, we Commission to examine this question with specialists of the national Commission and the Ministry of regional development. The conclusion is that “Kyivenergo” in the calculation used the methodology approved by the resolution No. 1037 in accordance with the requirements of the current legislation. Disorders we have not found … the reason for conversion in this category (in houses where no house counters of heat and bills are generated by the calculation method) is not ” – he said.

In turn, commercial Director of “Kyivenergo” Eugene Bushma said that the allocation will be made only for 654 houses that are equipped with household heat meters, but accounts of their inhabitants were exhibited from the estimate by the method.

See also: Kiev send the “defective” bills for heating with high amounts. What to do

We will remind, Groisman threatened criminal liability for incorrect utility bills. “I think we need to apologize on the one hand, and on the other, I warn that if we see that somewhere in the regions, these things happen, we will severely punish penalties. I think that there can be no question of criminal responsibility for billing the people at inadequate prices. I warn everyone that this is not necessary to play and tease people,” he said.

In turn, Vice Prime Minister of Ukraine Volodymyr Kistion reported that according to “Kyivenergo”, this situation has arisen by mistake.

Confusion with tariffs: Kiev outraged by the figures in the payment for heating

In Kiev, stopped the distribution of payment for heating. This was stated by Vice-Prime Minister Pavlo Rozenko. The government has been accused of Kyivenergo, those significantly inflated rates and receipts with errors sent to subscribers. In Kyivenergo deny it, say, to the end of the week all the people of Kiev will receive the account. And the confusion arises only with houses that do not have counters. To understand these calculations, and especially to test can people with outstanding knowledge in higher mathematics. However, such a formula approved by the government.