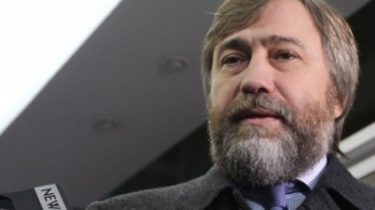 At the enterprise the actions of the police were groundless.

Representatives of the office for the protection of the economy of Ukraine in Poltava region made a search in the company Regal Petroleum near the village Yakhnyky lokhvitskiy district.

About it reported in a press-service of the company “Smart energy”, which is a shareholder of Regal Petroleum, associated with the scandalous people’s Deputy Vadim Novinsky.

Searches the representatives of the company called unreasonable. Investigative actions took place on 9 November, but earlier they were not reported.

See also: In Kryvyi Rih with the permission of the court in the case of Novinskiy searched the city Council

“The reason for the operational activities it was stated the lack of permits for subsoil and land use, and the sale for cash of the extracted material. While the formal criminal proceedings associated with quite different issues, namely, issues of contractor compliance with the safety rules when carrying out repair work on well No. 6 near the village Svyrydivka lokhvitskiy district, where in October, 2015 there were complications that do not affect the operation of other facilities”, – stated in the text.

The company added that it is not shied away from providing any explanation to law enforcement and passed the necessary documents on demand.

Also, according to the “Smart energy”, this is not the first search on the objects of Regal Petroleum.

“Thus, when conducting a preliminary search, the company provided the police with all the explanations and requested documents, including licensing. Ignoring the results of previous operational activities, law enforcement officers repeatedly tried to withdraw their existing documents”, – reads the statement of the press service of the company.

The controlling stake in Regal Petroleum at the rate of 54% owned by Energees Management, in turn, 100% owned Pelidona Services Limited. It is 100% owned Lovitia Investments Ltd., full which owner is Vadim Novinsky, said “the New time”.

Before Lutsenko declared that the politician is suspected of attempt of removal of the Metropolitan of the UOC-MP Vladimir.

The Parliament deferred the issue of removal of inviolability from Novinsky

The procedural Committee of the Verkhovna Rada, which had to decide whether to put to vote the question on removal of Deputy immunity from Vadim Novinsky, postponed the hearing until the Prosecutor General’s office will not give additional information. Novinsky is on the case of illegal deprivation of liberty of an assistant, the now late Metropolitan Vladimir – Alexander drabinko.