Poroshenko reported on the lack of losses at the front 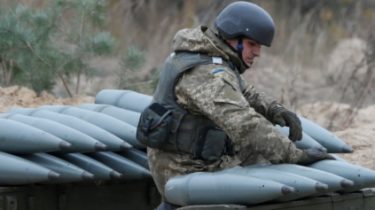 Poroshenko reported on the lack of losses at the front

During attacks of militants no Ukrainian military was not injured.

For the last day in the temporarily occupied territories of Donbass in the fighting none of the fighters of the Ukrainian Armed Forces died or were injured. This was stated by the speaker of the Ministry of defense of Ukraine Alexander Motuzyanik during a briefing with reporters.

“For the past day in the fighting, no Ukrainian military was killed and was wounded,” said Matusevich.

See also: In Donbass there is a tendency to reduce attacks. Digest ATO

We will remind, in days in a zone of carrying out anti-terrorist operation fighters of 17 times opened fire on positions of Ukrainian military, using mortars, weapons, armored personnel carriers and artillery.

In the East of Ukraine continues shelling

The ATO headquarters report that only 17 times over the past day Pro-Russian mercenaries opened fire. Shelled the neighborhood of Mariupol. The positions of the Ukrainian military in Gnutovo beat of artillery, in Krasnogorovka tank. At Shirokino beat with mortars, Marinka and Lebedinskoe fired from grenade launchers.