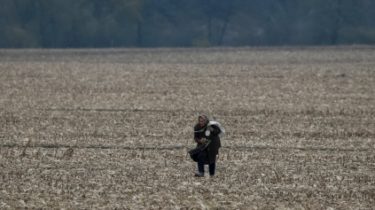 Now every official of the municipality and the deputies go under the gun, checks the Prosecutor’s office.

In Uzhgorod officials to massively distribute delicious pieces of land in the city centre, making them veterans of the ATO.

As it turned out, the scheme is very simple, says the plot of the program “Groshi”.

“For the Volunteers in the moratorium exception – this is probably the most favorite scheme, how to allocate land… and if we review the list – there is a real of the Volunteers, probably 20 percent,” – said the Deputy of Uzhgorod city Council Roman Boguslavsky.

But the Volunteers simply used to circumvent the moratorium on the distribution of land for “symbolic compensation”.

“These guys – Volunteers – paid $ 500 for this deal. This land was resold to another owner already 120 thousand dollars”, – said activist Yevgeny Rakhimov.

See also: media published a scheme of illegal distribution of land in Kharkov

But ordinary warriors, who have nowhere to lean on, your piece of land can’t pull out even teeth. According to the serviceman, a member of ATO Basil, local authorities refer to the fact that no land, they have not been and, apparently, already will not be issued.

In turn, the local activists whom the session is not allowed, assure that in the Parliament a real money belt, and we are talking about a considerable amount.

“Fifty thousand dollars is the amount set aside to buy votes of MPs who will push the button to this land stood out. On the MP, depending on what is decided at the session, the most I know about this cadence is up to 5 thousand dollars was allocated to MP to resolve all land issues,” said community activist Eugene Rakhimov.

However, as it turned out, such a dishonest earnings and know in city hall.

“The problem apparently exists. After all for anybody not a secret that some officials, law enforcement officials a day or two or three stay in the area ATO will receive the status of the participant. The ID is the same for those who were at the front, and for those who are there, frankly, was not, and we try to protect ourselves from that, we determined who’s real and who is fake”, – said the first Deputy Chairman of Uzhgorod Istvan DAC.

Currently, the Prosecutor’s office opened criminal proceedings, and monitoring the results of land has attracted the public.

We will remind, earlier in the Ternopil region the ATO soldiers laid siege to the’nytsya-Podil’s’ka village Council. Almost a week demobilized soldiers didn’t let on the work of deputies and officials for long delays in allocation of land.

Also several hundred veterans of the ATO picketed the Executive Committee in Ivano-Frankivsk. Men say – the city authorities for two years, none of them allocated no land, no apartment, does not address the treatment, rehabilitation and employment of fighters.

A few weeks ago “Groshi” showed a story about how Uzhgorod businessmen years took possession of the land to participants ATO. After the plot of the Prosecutor’s office began to move and opened a criminal investigation into large-scale fraud in Uzhgorod.