Groisman hinted pharmacists that will be punished for high drug prices 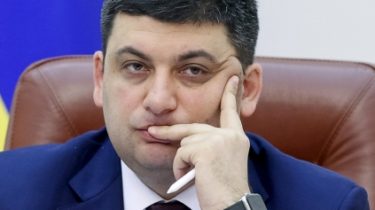 Groisman hinted pharmacists that will be punished for high drug prices

Medicines should be cheaper in the new year.

The perpetrators of inflating drug prices will not escape responsibility. This was stated by Prime Minister Vladimir Groisman during a meeting with leading manufacturers and distributors of drugs, says the story TSN.19:30.

Cure the most common diseases since January of the next year should be accessible, because the government imposes reference prices for 21 drug. It proceeds from bronchial asthma, diabetes mellitus type II and cardiovascular diseases. The price will be no higher than the cheapest similar drugs in neighboring Poland, the Czech Republic and Slovakia. “I would like to warn against that we have started to create artificial deficits of drugs. Such cases were, I know about them, and think they will not bring good to anyone,” warned Groisman.

As previously reported, in early November, hardly supported by the project of reimbursement of medicines, which work at full from 1 April 2017. This was announced by the Minister of health Suprun. “Thanks to today’s decision of the Cabinet of Ministers of Ukraine in 2017, the drugs will become more affordable for our patients,” she said.

Volodymyr Groysman warned about the responsibility for overpricing of drugs

Cure the most common diseases since January of next year should become available – the government is introducing reference prices for 21 the drug is a cure for bronchial asthma, diabetes mellitus type II and cardiovascular diseases. The price will be not above, than at cheap drugs in neighboring Poland, the Czech Republic, Slovakia.