The rebels in the East are using new Russian drones — Tymchuk 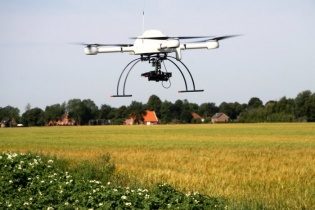 The rebels in the East are using new Russian drones — Tymchuk

A new set of Aero investigations, the terrorists dubbed the “Baba Yaga”.

Units of Russian-terrorist troops use the new Russian complex of air reconnaissance.

It consists of four unmanned aerial vehicles, known as drones. The militants themselves called it “Baba Yaga”, according to Dmitry Tymchuk, the people’s Deputy of Ukraine and the coordinator of group “Information resistance”.

Read also: Militants do not want to give up Ukrainian passports and introduced a “dual citizenship”

For the first time this complex was recorded on November 14 in the area of Olenovka, in Volnovakha district.

“The main feature of the complex is the use of cameras with thermal imaging and control of all UAVs from a single center. The range is about 20 km Imagers at low temperatures allow to reveal “secrets” and bunkers”, — wrote in his Facebook Tymchuk.