Became known date of the trial of detainees in Russia Sushchenko 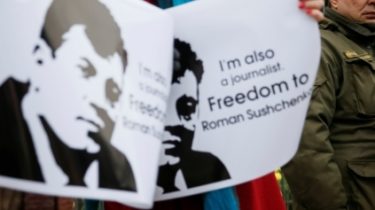 Became known date of the trial of detainees in Russia Sushchenko

The court will be closed.

Lawyer detained in Moscow, the correspondent of “UKRINFORM” in Paris Roman Sushchenko mark Feigin told, when court will be held on the extension of the arrest of his client.

“The court on extension of arrest of Ukrainian Roman Sushchenko will be held on Monday, November 28, at 12.00 in the Lefortovo district court. Will be closed”,- he said.

The court on extension of arrest of Ukrainian Roman Sushchenko will be held on Monday 28 November at 12.00 in the Lefortovo district court. Will be closed.

Read also: SBU has made a detainee in Russia Sushchenko in the list on the exchange

Previously it was reported that the journalist Roman Sushchenko can exchange for a detainee recently in Exactly the agent of the main intelligence Directorate of the General staff of the armed forces of the Russian Federation.