Putin commented on the detention in the occupied Crimea, another Ukrainian “spy” 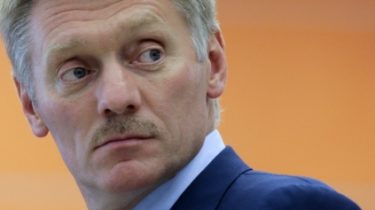 Putin commented on the detention in the occupied Crimea, another Ukrainian “spy”

The occupants stated that he had caught an ex-military black sea fleet.

In the Kremlin after the arrest of”spy” in the occupied Crimea has said that the “provocative activity” of Ukraine continues.

This was stated to journalists the press-Secretary of Russian President Dmitry Peskov, reports UNIAN.

“I can’t comment on a specific case (today’s arrest – ed.). This is a question for our special services which are engaged in such activities. Overall, yesterday is emphasized by our President, provocative, destructive activity of Ukraine is underway, including in the Crimea, of course, is strongly resisted by our special services that do what they’re supposed to do”, – said Peskov.

Earlier it was reported that in the occupied Sevastopol detained a former soldier of the black sea fleet, which, according to the secret service, the intelligence service of the Ministry of defense of Ukraine was gathering intelligence on the activities of the fleet.