Clinton may seek a recount in three States 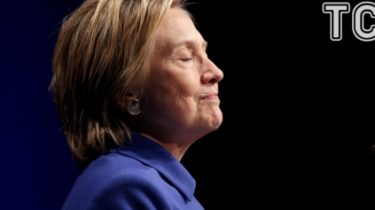 Clinton may seek a recount in three States

In Wisconsin, Michigan and Pennsylvania, the Republican candidate won only by a small margin.

The team of specialists on election law and computer experts called on the staff of the former candidate in US presidents from Democratic party Hillary Clinton to seek a recount in three States. According to them, in Wisconsin, Michigan and Pennsylvania could be a cyber attack in order to manipulate the election results, the Associated Press reports.

They say, “most likely explanation” victory trump is “systematically incorrect” results of public opinion polls that pointed to leadership Clinton.

In Wisconsin, Michigan and Pennsylvania, the Republican candidate won only by a small margin. Headquarters Clinton has not commented on this appeal, and the timing of the filing of the petition for reconsideration of votes in all three States expire in the next few days.

See also: Clinton called the main reason for his defeat in the election of the President of the United States

Recall that after the announcement of the election results Clinton made a speech to his supporters, admitting defeat and calling to give Trump a chance. Since then, with the press she did not communicate and did not appear in public.

Clinton urged to demand a recount in key States

To achieve a vote recount in the presidential election in the United States, at least in the three States urge Hillary Clinton American scientists-computer scientists. According to scientists, a computer system that processed the results of the vote could have broken the hackers. Such a conclusion they did, analyzing the results of the elections in those districts that have used electronic voting.