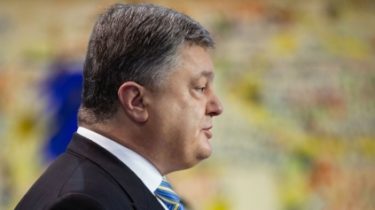 The paintings disappeared from a Museum in Verona, and were found in Odessa region.

A resident of the Italian city of Verona sued the President of Ukraine Petro Poroshenko, whom he accuses of misappropriation 17 stolen from the local Museum of paintings. These paintings subsequently found by Ukrainian border guards, says the story TSN.19:30.

The mayor has already managed to promise to every Ukrainian the right to free admission to the Museum of Castelvecchio, but in place of the stolen paintings still hang reproductions marked “found”. Six months later, after the celebrations on the occasion of finding the paintings the Museum still awaits them. To expedite the return of the paintings decided attorney Guarienti, Guarienti, which filed lawsuits against Poroshenko to the Ukrainian and Italian prosecutors. “The crime that I see in the actions of the President of Ukraine is holding for a minimum of six months of paintings stolen in Verona. This might qualify as the acquisition of stolen goods,” – said the lawyer.

Poroshenko accused of embezzling 17 stolen painting. They were stolen in the Museum of Verona, and found the Ukrainian border guards. Why the paintings are not returned, who is to blame and who benefits from the scandal, we found out in Italy and Ukraine.

The situation has already influenced the mood of ordinary Italians who do not understand the delay on the part of Ukraine. “I’m shocked this situation. Thanks for finding the picture, well done, but it is time to return,” says one of the citizens of Italy. “It’s like the soul of our Museum and city. Take “portrait of a boy” by Caroto is the most famous in Verona painting,” says Museum Director Margherita Bolla. At the same time, the lawyer, Guarantee convinced that the pictures can remain in a Museum of Kiev. “I don’t think Italy is ready to start a punitive mission to take them by force. No. In the end, accept and paintings will remain there” – forces anxious mood he.

In the Kiev Museum, where paintings were exposed after the discovery, on their fate information none. The military Prosecutor’s office claim that the paintings are in a safe place, and the delay associated with the formalities for sending them to the Italians. “All procedural actions that are needed, according to the current criminal procedural legislation, with these pictures posted. The decision on transfer is accepted procedure,” – said the head of the Department of the military Prosecutor of the southern region Sergey Yarovoy.

That with pictures all in order, they say, and in the Administration of the President of Ukraine. There are waiting for the Prime Minister of Italy Matteo Renzi will be determined by the date of the transfer. But, it turns out, this prevents a large Italian politics. “It is extremely difficult in the first place, through great political activity in Italy, especially on the eve of the December referendum,” – said the Ukrainian Ambassador in Italy Yevgen Perelygin.

The referendum is 4 December – the vote for constitutional reform, which wants to hold Matteo Renzi. He supports sanctions against Russia, and therefore not primarily beneficial to the parties supporting Putin. If Italians will vote against the reform, the government will be forced to resign. “I know that just two parties are unable to agree on a date. Now, the ongoing campaign for a referendum, and it is quite logical that the Prime Minister Renzi is daily busy with this subject,” shows understanding of the situation, the mayor of Verona, Flavio Tosi.

For Ukraine, this is turning into is not the first international scandal of the stolen paintings. As the Dutch press is hyping the story with the paintingsthat are found in the Donbas. It happened before the referendum on Association of Ukraine with the EU. Niderlandy the only one in Europewho voted against it. Now, a week and a half to the Italian expression, this simple batch repeat.