The militants had assured that the arrested “ultras” refused to exchange 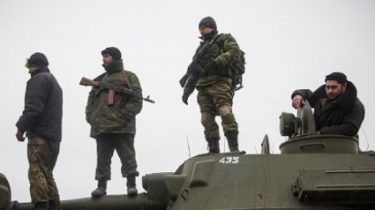 The militants had assured that the arrested “ultras” refused to exchange

They say they want to live in Lugansk.

The so-called “state security Ministry” of the self-proclaimed “LNR” reported that the arrested fans of Zorya Luhansk Ukrainian Vyacheslav and Dmitry Kramarenko refused to exchange and I regret it.

This is stated on the website of the separatists who released a video of detainees, writes Gromadske.TV.

“We understand that we are guilty to the Republic and to the people who live here. We want to say “thank you”, we are ready to give all for the benefit of the Republic”, — said one of the suspects, Dmitry Kramarenko.

According to him, “Azov” offered to exchange them for individuals who are convicted of separatism on the territory controlled by the Ukrainian authorities, but the “ultras” refused, “because I want to live in Lugansk”.

“We will be good citizens of the Republic,” said another arrested Vyacheslav Ukrainian.