Another man hit a trip wire right in the house 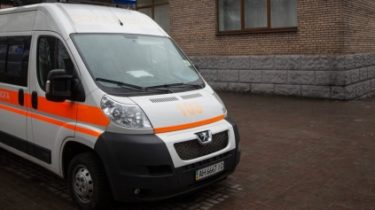 Another man hit a trip wire right in the house

Now the victim is in the hospital in Kurakhovo.

In Marinka, Donetsk oblast, the man hit a trip wire in the house. With shrapnel wounds, he was taken to the hospital.

The incident was reported by the press service of the national police in the Donetsk region.

According to information, the man 1949 year of birth went to check the house of her kinswoman. He opened the door and hit a trip wire.

See also: the Militants in the East have increased the number of attacks compared to previous day

Currently he is in hospital in Kurakhovo.

At the scene police work. Militiamen find out circumstances of incident.

Earlier it was reported that on the highway Marinka – Kurakhovo, in the area of the ATO, the accident occurred. The crash injured seven of the inhabitants of the occupied Donetsk, including 11-month-old baby.