Militants “DNR” expelled journalists “Rain” and links to them 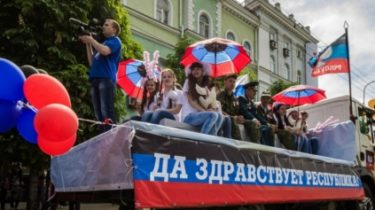 Militants “DNR” expelled journalists “Rain” and links to them

Russian journalists accused of biased coverage of the situation in the occupied territory.

Militants “DNR” said that “expelled” journalists of the Russian TV channel “Rain” Erenkova Sergei and Vasily Polonsky the territory under their control.

The reasons for the expulsion was “biased and provocative” coverage of the situation in the occupied territories of the Donetsk region, reports “Rain” with reference to “Ministry of state security of DND”.

Initially, the militants said that Erenkov and Polonsky were on their territory without proper accreditation, then the text messages changed. Now the separatists say that the journalists gave to receive accreditation, “false personal information”.

On the evening of 25 November, the phones Erenkova and Polonsky were not available.

See also: Release just and “dosvidos”: detainees in the Donetsk journalists of the TV channel “Rain” will release soon