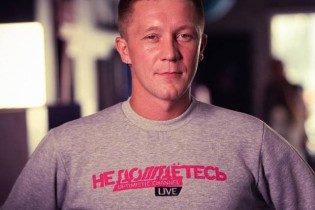 The leader of the kidnappers at parting told: “the Main thing we will with you to meet in some Moscow restaurants”.

The correspondent of TV channel “Rain” Sergey Argentov, expelled from DNR, told details of the detention, which occurred November 25 in Donetsk, where they together with his colleague Vasily Polonsky came to shoot a story.

“On November 25, somewhere in 20 hours Moscow time, to our apartment that we rented (along with a colleague Vasily Polonsky, EDS.), knocked and introduced myself to neighbors. Basil opened, and he immediately pointed the barrel of a machine. There were about 5 or 6 people. They said they represent the security of the “Donetsk Republic”, and we damn the honor and dignity of our Republic”, – said Erenkov “Public radio”.

See also: Release just and “dosvidos”: detainees in the Donetsk journalists of the TV channel “Rain” will release soon

He noted that before the arrest, I met some people who on condition of anonymity told him how business in the country.

“I would not say that they are the opposition. Just understand, when there is a carve-up in conditions of increasingly scarce resources, and Moscow, as I understand it, less and less give money, starts an internal struggle. I must say that there is no one wants to talk on camera, so all our meetings were anonymous. The most I could do is write to the phone, but during the detention, I simply routed,” added Erenkov.

Near Dokuchayevsk, the military said, as militants defend the property of the oligarchs

The soldiers say that on the side of the terrorists do not just shell our positions and post their flags, but also with the tenacity to defend the property of the oligarchs. Quarry, which provides the local factory is working at full capacity. Belongs, tell the civilian inhabitants of nearby villages, billionaire, and protect all the beauty, patrons of the Kremlin px.

After detention the journalists were taken to the so-called building “MGB”, located on the street of Taras Shevchenko. In addition, the way it turned out that one of the invaders – a Russian.

“One of their people I immediately identified as Muscovite “moskalsky” dialect, which I have. That is the most important, who identified himself as Sergey, most likely, was curator from Moscow, or FSB. In the end, when he had escorted us across the border, he asked to say Hello to Sasha,” – said Erenkov, adding that he likely was referring to Alexander Beard.

“And then he also said: “the Main thing we will with you to meet in some Moscow restaurants”, – said the correspondent of “Rain”.

According to Erenkova, “MGB they were taken about 9 o’clock in the evening, where the sight of the Kalashnikov they spent 3-4 hours a night, while the rebels removed all entries that were from journalists on electronic media.

See also: food, cigarettes and $ 200. The two terrorists explained why he fought in the “DNR”

After the Sergey Nikolaevich has declared to them that they are expelled from the “DNR” and entry to them be forever barred. Journalists have planted in a jeep and drove to the border.

“We came to the border they are greeted with our guards and said, “They need to otchebuchit in Rostov”. They were meant to deliver us. Given that Russia does not recognize the “DNR”, I have a question to the FSB of Russia: “Since when along the Russian border walk around armed people with Kalashnikovs, and they say Hello and have an informal relationship with our guards?” I would like to this situation, conducted an internal investigation, though the hope is there is no” – said Erenkov.

The correspondent also noted that it plans to file a complaint with the European court of human rights.

“If we put aside all emotions, and be guided only by the laws of the Russian Federation, Ukraine and international law, in fact, we were kidnapped by an armed gang that has no legal status, have forcibly taken us and illegally held”, – said Erenkov.