Yanukovych reiterated the request to apply against Ukraine Russian troops 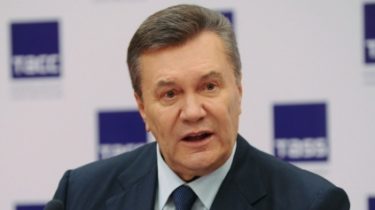 Yanukovych reiterated the request to apply against Ukraine Russian troops

The fugitive explained the document emotions.

At the press-conference in the Russian city of Rostov-on-don, escaped from the Ukraine Viktor Yanukovych confirmed the existence of a written petition on the use of Russian troops against the Armed forces of Ukraine. The document was signed on behalf of the President of Ukraine – the title of which Yanukovych was stripped.

According to wanted for several crimes ex-official, “the document was” but it has not been introduced. The emergence of this request, Yanukovych explained the emotional reaction to “attack of illegal armed formations on the Donbass” – so he called the actions of the Ukrainian army to restore constitutional order in the territory occupied by Russian-backed separatists. “The desire somehow to protect these people”, – Yanukovych explained his decision.