Yanukovych told, what in Russia 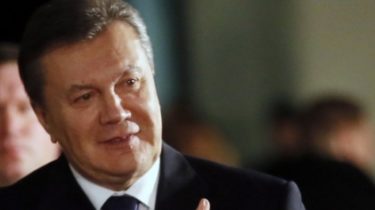 Yanukovych told, what in Russia

It helps people who are unable to return to Ukraine.

Deprived of the title of President of Ukraine Viktor Yanukovych told what he is doing now in Russia.

About it I there was a speech during his press conference.

Yanukovych added that there is no escape from people who were postradali and left Ukraine because, they say, life there became impossible. He works with these people along with lawyers, courts tusd.

He added that he in Ukraine has supporters, but they are afraid to include his name in the polls.

Earlier, Yanukovych called the cause of the separation of Donbass from Ukraine.

“I have said repeatedly my point of view. I was initially against, to violate the territorial integrity of Ukraine. The separation of Donbass from Ukraine – the emotional rush of people who reacted to the events in Kiev”, – said the fugitive.