In Kiev, the anonymous ransom note for “clearance” of the brewery Obolon 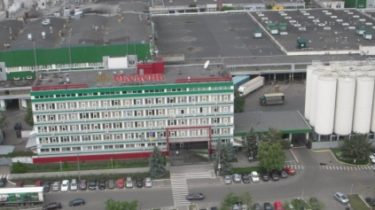 In Kiev, the anonymous ransom note for “clearance” of the brewery Obolon

Unknown reported a bomb threat at the factory.

“Outside giant bomb brewery. The attacker demands a ransom from the owner to the explosives did not work”, – stated in the message.

As noted, the anonymous author sent a letter in a bomb threat to the email address of the SSES.

Now continue building and adjoining territory, and also operatively-search actions for establishment of the person who reported about mining. For false report about a bomb threat to the offender “Shine” up to 6 years of imprisonment.

We will remind, earlier region because of a bomb threat evacuated the employees of the distillery. The factory is inspected by experts with a service dog.