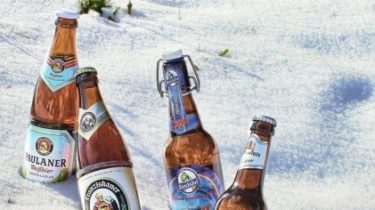 Authorities promise to prevent the sale of alcoholic beverages.

The court of appeal took the decision to cancel the ban on the sale of alcoholic beverages in the capital’s Kiosks.

About it reports “Ukrainian truth” with reference to the MP and adviser to the mayor of Kiev on issues of improvement of Dmitry Bilotserkovets.

The official stressed that despite this, the Metropolitan government will not allow alcoholic beverages sold again in kiosks.

See also: the Government increased the minimum price of alcohol

“Mahovici won court in the first instance, the city appealed. Today, the case was considered by the court of Appeal. There was a lot of mahovikov, clashed, they put pressure on the court, was not allowed a room of other activists. Ultimately, the court decided in favor of mahovikov,” Belotserkovets said.

He called the court “corrupt” and added that the Kiev government will not continue permits the Mafs on the sale of alcohol.

“Now we do not continue the permits to those Kiosks that sell alcohol. But the city Council has registered a draft decision, which crosses out the possibility of the sale of alcohol or beer in kiosks. And this decision will not be able to appeal against in court”, – added Advisor to Vitali Klitschko.

He explained that this happens because of the functionality of the Kiosks will remove the concept of “sale of alcohol”.

“Previously, the city granted approvals for different functions: food, flowers, Newspapers, cigarettes or alcohol. Now to the functional Kiosks “alcohol” just get. The city has such authority. We are told that the city cannot prohibit the sale of alcohol. Well. But the city has to set the functionality of the Kiosks”, – the Deputy added.

Belotserkovets hopes that by the end of the year, the city Council will decide the issue.

The government under the new year did give us a gift, and from December 2 to raise the minimum cost of alcohol. This means that shops can’t sell for less than posted price. The dollar also rose slightly from last Sunday, he added 5 cents. Today, the money-changers sell it on average for 27,05, but the euros in Kiev froze at around 28,70.