Ukraine celebrates the anniversary of liberation from Russian gas – Forbes 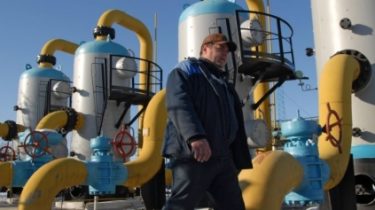 Ukraine celebrates the anniversary of liberation from Russian gas – Forbes

The rejection of Russian gas led to the reform of gas market in Ukraine.

Ukrainian state oil and gas company “Naftogaz of Ukraine” celebrates, but not what you think. “Naftogaz” celebrates the freedom from Russian natural gas – a significant achievement given the troubled history of Ukraine with Russia.

This writes Tim Daiss in the article “Celebration in Ukraine: the year without Russian gas”, published on the website of Forbes.

The statement on the corporate website on Friday, Naftogaz said: “Today is the first anniversary of the moment when “Naftogaz of Ukraine” stopped gas imports from Russia.” The company also offers go to the website, which calculates the number of days without Russian gas imports.

“This is an important milestone for an independent Ukraine, and only three years ago gas was the major symbol of political and economic dependence of Ukraine from its Northern neighbor”, – stated in the message. “This relationship, which was maintained through the manipulation of volumes and prices of Russian gas, Ukraine was forced to go for political and economic concessions.”

Dependence on imports of Russian gas was especially painful when in the spring of 2014, Russia began its annexation then the Ukraine-controlled Crimea. According to “Naftogaz”, “overcoming of this dependence was a serious problem for the management of the company in 2014-15”.

“Naftogaz” has expressed gratitude to those who helped him to overcome this stage. “In less than two years of work, and with the help of our Western partners, international financial institutions, coordinated efforts of the President, government and Parliament, we have achieved an important result: the attempts of the Russian leadership to use gas for political pressure on Ukraine more effective.”

“Gas dependence on Russia is eliminated. “Naftogaz of Ukraine” and other Ukrainian importers now have access to alternative sources of gas, and they can choose among dozens of suppliers,” – said in a statement.

The French energy company will directly supply gas to Ukraine

The agreement was signed by the CEOs of “Angie” and “Ukrtransgaz” in the presence of the Ukrainian Prime Minister Volodymyr Groysman and Minister of economy and Finance of France Michel Sapena. In “Naftogaz” assures that the output of such a powerful player in our market is a good signal for other European companies.

Nevertheless, Ukraine remains one of the main ways to supply Russian gas to the EU, and the country provides reliable transit. Russia has suspended gas supplies to Ukraine in winter, twice in the last ten years due to various disputes arising out of contracts, according to Bloomberg. The second time, in 2009, the delay lasted for three weeks, and made some Eastern European countries to ration gas. About 40% of sales Russia to Europe pass through Ukraine.

“Naftogaz” added that the dependence on Russian gas imports has also helped the company to make a profit. Two years of one of the most unprofitable companies in Eastern Europe it has become a company with the largest contribution to the state budget of Ukraine, according to the company.

The rejection of Russian gas led to the reform of gas market in Ukraine, as well as the reform of corporate governance of the company.

“Three years of struggle on the energy front, “Naftogaz” has become a self-sufficient company and ceased to be a burden for the state budget; Ukraine formed the European free gas market; customers receive on time, gas and heating, and there is no need to go on political concessions to Russia” – speak in “Naftogaz”. “Ukraine was able to increase its military budget several times and to protect themselves, instead of funding wasteful cross-subsidization”.

Russia has lost market share of natural gas in Europe that can be compared with the loss of geopolitical influence [in Europe], particularly in the former Soviet Republic. Further problems the President of Russia Vladimir Putin will get a project to supply LNG to the EU markets.

The demand for LNG in Europe is growing, while domestic production falls. LNG imports in Europe rose 16% in 2015, compared with a year earlier.

The first LNG supply to Europe was sent in late April, it was followed by another – in July, marking a new energy era on the continent. New supplies of LNG to the us will create problems for the Russian state gas company Gazprom, is now at stake is its power in Europe (its biggest market).

However, according to some reports, Ukraine has not overcome all difficulties.

Read also: Russia is ready to return to the gas market of Ukraine and reported it to the EU

“Winter comes, the reserves of gas in Ukrainian storages are at their lowest level in 2014,” said Philip Howard, Professor of sociology, and international relations at Oxford University. “Naftogaz” can be beneficial to see yourself as a victim of “Gazprom”. Because the company will need sympathy if she gets into a difficult situation, for example if it has run out of fuel”.

Ukraine is seeking an increase in tariff for transit of Russian gas. The current contract provides that the European should not only be the price of Russian gas, but the price of fuel transit through the Ukrainian gas transportation system to Europe. In Moscow, however, this detail is hard not pay attention and refuse any negotiations on the subject.