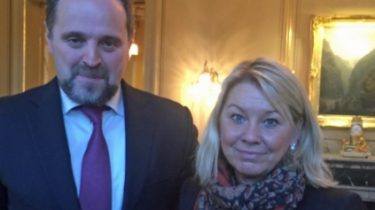 According to the Minister, Norway have common interests with Russia.

Norway plans to resume the dialogue with Russia on trade and economic cooperation.

This was stated by the Minister of trade and industry Monica Miland after a meeting with the Minister of ecology and natural resources of the Russian Federation Sergey Donskoy said on the website of the Norwegian government.

“I had constructive and positive meeting with the Minister Donskoy. We are positive to resume political dialogue on trade and economic cooperation”, – said Meland.

The Norwegian Minister also noted that several EU countries have already made a step towards the resumption of cooperation.

“We want good neighborly relations with Russia, especially in the North, where we have a common border and common interests. Today’s meeting is important in this context,” said Meland.

In turn the don invited her to Moscow in the spring of 2017.

As added in a press-service of the government of Norway bilateral meeting at the Ministerial level was held for the first time in 2014.

We will remind, the government of Canada as part of the policy of pressure on Russia because of the situation in Ukraine has imposed sanctions against 15 people, including six “deputies of the state Duma” from the Crimea. This was reported on the website of the canadian Ministry of foreign Affairs. Also there are additions to the sanctions list.

The Russian Embassy in Canada has expressed disappointment over the imposition of new sanctions by Canada and promised to respond “on the basis of reciprocity”.