Minister of health assigned the enemy a large-scale reform Obama 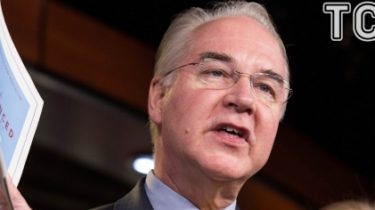 Minister of health assigned the enemy a large-scale reform Obama

The new Minister will repeal the health reform initiated by Barack Obama.

The newly elected President of the United States Donald trump named the new Minister of health. They became Tom Price, known as the opponent of the current health care reform. Reported by the BBC.

See also: trump won’t rule out US refusal to normalize relations with Cuba

It is noted, That Price is a major critic of Obamacare – the current health care reform and the protection of patients in the United States. Its main objective is the compulsory health insurance for all citizens and implementation of public programs to provide medical assistance to pensioners and low-income people.

According to trump, the Price will cancel the existing reform, and provide every American with affordable healthcare.

Earlier, we reported about a telephone conversation between Donald trump and current U.S. President Barack Obama. Politicians discussed the issues of transfer of power and formation of a new government.

The US President-elect, who won due to the votes of the electoral College but lost the popular vote his victory was called the undisputed. On the eve of the recount of votes decided in a few key States. The money is beginning to collect the Green Party, whose candidate received only one percent of the votes.