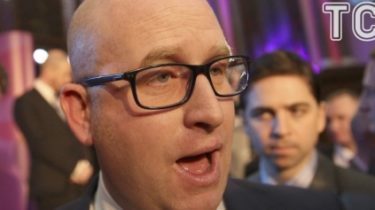 According to the leader of UKIP, Britain “got it wrong”, helping the rebels in Syria.

The newly elected leader of the independence party United Kingdom of great Britain (UKIP), which initiated Brexit, said that Russian President Vladimir Putin and Syrian President Bashar al-Assad “on our side” in the struggle against Islamic radicalism. It is reported by the European truth.

See also: “It will be a good President.” The ideologist of Brexit met with trump

According to the leader of UKIP – Poll of Nutella, Britain in its assistance to rebels in the Syrian civil war “got it wrong”.

Answering the question about the bombing of Syrian civilians military forces of Assad, the leader of the party said: “Well, we seem to have tolerated Robert Mugabe (the dictator of Zimbabwe – ed.) for many years, isn’t it? I would not say that we are a model of honesty when it comes to supporting dictators.”

According to Natalia, Russian actions in Aleppo are not a threat to the world, as opposed to Islamic terrorism. He noted, however, that is not a “fan” of Putin and many of his people “deserve punishment”.

Recall, the Prime Minister of the United Kingdom Theresa may is planning to start negotiations with the European Union on Brexit at the end of March 2017.

Dozens of people were killed last night in Aleppo airstrikes

59 people were killed, 140 were injured. Russian aircraft and force the incumbent President Assad has traditionally been aimed at residential areas and territories controlled by local opposition. The bombardment of the city after a week break, Moscow and Damascus resumed last Tuesday. Since victims of the air strikes began one hundred and fifty people, including twenty children.