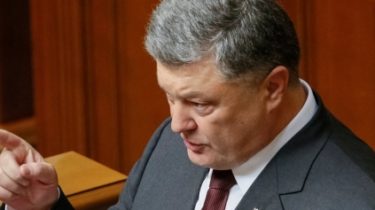 The President also approved the terms of the competition.

The President of Ukraine Petro Poroshenko announced a competition for the vacant position of Chairman of the Odessa regional state administration.

The corresponding decree was posted on the website of the President.

“According to article 23 of the law of Ukraine “On state service”, to announce a competition for the vacant position of Chairman of the Odessa regional state administration and to approve the conditions of contest for the post”, – the document says.

As noted, the order comes into force from the date of its publication.

Moreover, was promulgated conditions of contest for the positions, which provides for the duties of the Chairman of regional state administration, conditions of remuneration, information about the urgency of the appointment, and the list of documents required for participation in the competition and their deadline.

Recall, November 7, Saakashvili announced his resignation. He stressed that President of Ukraine Petro Poroshenko does not adhere to their promises and the presidential Administration is promoting in place of heads of district administrations of the old corrupt. On November 11 he gathered in Kiev a press-conference and announced the creation of his party.