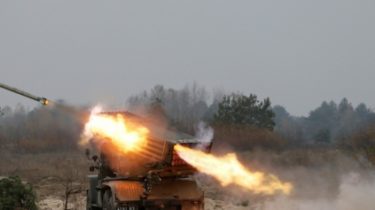 The Russian defense Ministry promises to hit the launcher.

The Russian defense Ministry has threatened to shoot down a Ukrainian missile in the case of firing drills near APU ochapovskogo of the Crimea.

It is reported ZN.ua citing sources in the Ukrainian defense Ministry.

The publication writes that the letter is dated 26 November 2016 and was addressable military atasate at the Embassy of Ukraine in the Russian Federation. The text says that if Ukraine will hold such fire, the Russian side will shoot down Ukrainian missiles and strike back at the Ukrainian launchers.

We will remind, on November 25, the Federal air transport Agency of Russia (Rosaviatsia) announced intentions of the Ukrainian side to conduct missile firing in the air space over the occupied Simferopol. Rosaviatsia noted that Ukraine unilaterally adopted a decision to conduct firing, and called the district over the occupied Peninsula “sovereign airspace of the Russian Federation”.

Later in the Ukrainian Armed forces said that in the period from 1 to 2 December in the southern part of Ukraine, will research the competition of Air forces of VSU. Security forces said that the shooting will be carried out in accordance with international law.