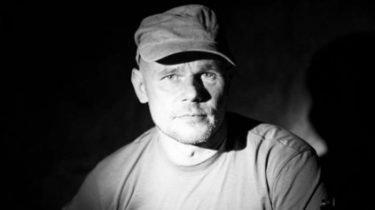 After talks in Minsk, the militants stepped up attacks.

Two soldiers were killed and one civilian was wounded. Immediately after the talks in Minsk, the militants are still powerful hit on the outskirts of the Town and its industrial area, said TSN.16:45.

Near the occupied Donetsk at the dawn of the died fighter Ukrainian volunteer corps – the other “Physicist”. Called fighter Eduard Sabin, he is a native of the Dnieper. His sister told TSN that the projectile enemy 82-mm mortar shells flew directly into the trench and exploded very close to where I was a volunteer.

And the day before, immediately after the end of the next round of the Minsk talks, killed a soldier of the armed forces — 22-summer Maxim Slomczynski. He of the White Church.

After Minsk, the militants began to beat stronger. Half the night throwing 120 mm and 82 mm mortar rounds at the industrial area of Avdiivka. The soldiers there say that the hardest Pro-Russian mercenaries are beaten from three to five in the morning. Then the militants to rest. And when it dawns, they again start shooting.

The militants are still powerful hit in the area Avdeevka

Two soldiers were killed and one civilian wounded. Immediately after the talks in Minsk, the militants are still powerful hit on the outskirts of the Town and its industrial zone.

Currently, it is known that militants in the rotation came a group of terrorist Givi. Pro-Russian militants have returned to the old tactics is to bombard gardens and summer house in the industrial area of Avdiivka incendiary shells, which almost immediately start to burn private homes. So it was the day before. The soldiers say, using such fires, the mercenaries are trying to distract them from the fight.

Some shells were flying over Ukrainian military positions and went already in the private sector of the Town. Fragments of one of such mines in the city was stabbed in the abdomen a civil man when he left this morning to feed the dog. The man already had the surgery. Doctors say his life is not in danger.

We will remind, for the past day militants from mortars of caliber of 120 and 82 mm and rocket-propelled grenades fired at Avdeevka. Later, again on Donetsk the direction, from grenade launchers of various systems – Experienced and Kamenka. In General, the enemy 31 times broke “the silence mode”.