A new stage of aggression. Turchynov said the threat of Russia about the missile exercises near the Crimea 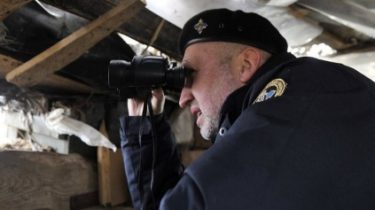 A new stage of aggression. Turchynov said the threat of Russia about the missile exercises near the Crimea

Ukraine will conduct missile testing and training according to approved plans and schedules in spite of the threats of the Russian Federation. This was stated by the NSDC Secretary Oleksandr Turchynov.

In his opinion, their actions of the Russian side is trying to go to the active phase of a hybrid war.

“Threats to use weapons against Ukraine is an attempt of translation in the active phase of the hybrid war that Russia is waging against our country over the last three years,” he said.

Turchinov said that the Russian threats are heard against the background of the deployment of the new divisions of the invaders near the Ukrainian border.

See also: From Russia, everything is possible. Ukraine and Russia exchange barbs on missile exercises

“Yesterday, November 29 in Moscow at a meeting of the Collegium of the defense Ministry, defense Minister Sergei Shoigu reported about the completion of the formation of two motorized rifle divisions (3-th and 144-th And 20 DPA IN the West) deployed in Belgorod and Voronezh regions close to the Ukrainian border,” said Secretary of the NSDC.

According to him, these divisions are fully manned and equipped with modern weapons and military equipment.

Turchynov noted that in parallel with this at a public level in the last week we hear threats about the use of missile weapons against Ukraine in case of continuation of military exercises and tests in Ukrainian missile technology.

“We will continue to strengthen the defense capability of our state and we will continue missile tests and training, in accordance with the approved plans and schedules within our sovereign territory and sovereign airspace. Ukraine operates within the framework of all international agreements and undertaken international obligations, so we pay attention to our international partners on a conscious provocation by the Russian Federation with the aim of further escalation of military aggression in the region”, – he concluded.

We will remind, on November 25, the Federal air transport Agency of Russia (Rosaviatsia) announced intentions of the Ukrainian side to conduct missile firing in the air space over the occupied Simferopol. Rosaviatsia noted that Ukraine unilaterally adopted a decision to conduct firing, and called the district over the occupied Peninsula “sovereign airspace of the Russian Federation”.

Later in the Ukrainian Armed forces said that in the period from 1 to 2 December in the southern part of Ukraine, will research the competition of Air forces of VSU. Security forces said that the shooting will be carried out in accordance with international law.

In the Kremlin, does Russia intend to strike at the launchers in Ukraine in the event Kiev missile firings. The defense Ministry of Ukraine, in turn, noted that will carry out missile exercises in accordance with the plan, despite the threats.

Video with a column of military equipment, standing on the street of the occupied Peninsula, laid out in a network of local journalists. Among the weapons the air defense system able to destroy ballistic missiles and aircraft. The Russian defense Ministry also plans to carry to the Crimea, ten coastal missile complexes “Bastion”.