Charges against Yanukovych will be based on the testimony of ex-Deputy of the state Duma of the Russian Federation. 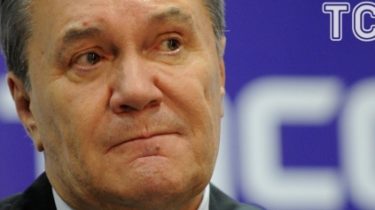 Charges against Yanukovych will be based on the testimony of ex-Deputy of the state Duma of the Russian Federation.

The attorney General announced, when the case against Yanukovych will submit to the court.

The case deprived the title of President of Ukraine Viktor Yanukovych will submit to the court in the first quarter of 2017.

This was stated by Prosecutor General Yury Lutsenko, reports “5 channel”.

Before that, Yanukovych is planning to submit materials of pre-trial investigation for review. According to the public Prosecutor, the basis for future allegations will be testimony of a former Deputy of the state Duma of the Russian Federation, which he gave to the Ukrainian investigator. They say about the impact of the letter calling for Putin to send troops to Ukraine – the decision to use the Armed forces abroad.

See also: Americans want to take part in the interrogation in the case of Yanukovych — GPU

Earlier , the Pechersk district court dismissed the statement of the lawyer of Viktor Yanukovych for disqualification of a judge.

The next meeting ended in the morning. President fugitive accused of aiding Russia in changing the state border of Ukraine and waging aggressive war.