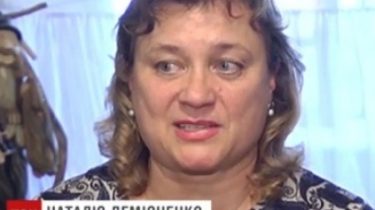 The court of appeal decided that the warrant for the apartment of the invalid.

A teacher from Kiev, who for 25 years stood in the queue for housing and eventually got it to the professional holiday, must release donated apartment. The court of appeal decided that the warrant for the apartment of the invalid, and consequently, the family of the teacher living there illegally. This is stated in the story TSN.19.30.

To be mistress in your own kitchen has always been a dream of Natalia Vladimirovna. 25 years in the preferential queue of teachers, three decades of experience in the end did the trick – for the teachers day the family was given an apartment. Though small, but its.

“Prepare – all get, on the spot. Everything”, – says Natalya Demyanenko.

Says it was the happiest autumn of your life: 50-year anniversary, the wedding of the eldest daughter and the opportunity to live in more communal. Once privatized, registered, made repairs. Happiness lasted two years – until the decision of the Svyatoshinsky court.

“I almost died. I was very scared. I don’t want to go to the hostel, the repairs took absolutely all the savings. More money I earn. That’s for sure,” says the teacher.

See also: Under Nizhyn court shot the man decided to move out of the apartment

Her husband, Sergei Arsenievich says he knows every nail in the walls. But how to tell my wife that the walls no longer have them – do not know.

“Beach her health. She learned – immediately grabbed the heart, the body numb, she was treated”, – says Sergey Gavrilyuk.

Opponent teacher Lyudmila Komlichenko says that the apartment she took. She learned about it from neighbors, and to come back were afraid. Where are her things – for almost six years doesn’t know.

Where she lived and what was he doing all these years, does not want to talk. But the situation says the lawyer. Says her client back in the eighties, after marriage got out of the apartment, and when that didn’t work, returned. Decided not to register.

“Registration was not, because the family all the time very, very hard financially to live. And all the while a tiny debt stretched”, – said the lawyer.

Metropolitan teacher, who for 25 years stood in the queue for housing and, in the end, got it to the professional holiday, must release donated apartment. The court of appeal decided that the warrant for the apartment of an invalid, and therefore, the family of the teacher living there illegally.

After the death of relatives who lived here officially, began to register, but because of the debt she refused. Until sued, Svyatoshinskaya RGA has transferred the flat in the register of housing, and KSCA, through the Department of education gave the family Demyanenko. Who recognized the apartment where allegedly there was a man free, TSN has not officially explained, citing changes in the administration.

Informally told that the documents can be either in the archives or somewhere. Have not seen this document and in court. Of appeal upheld the decision of the court of first instance unchanged Demyanenko must immediately vacate the apartment.

“I I could offend? Isn’t that the government is offended? Gave, now it’s taking?”, – the teacher speaks.

Read also: the government deny that the Ukrainians will be evicted from their apartments because of debts for communal

Now Natalia Demyanenko will submit the cassation and new lawsuits against those considered guilty. Check out her family isn’t going until you have at least the faint hope to leave a shelter. And with fear waiting for the New year. The holiday, which should be noted in the family circle in the kitchen could go on the boxes in a communal apartment.