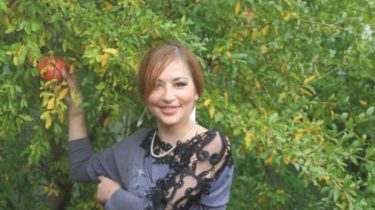 The journalist Olga Svorak is one of the two women should be released from captivity.© facebook.com/olga.metel.1

The separatists say that the release of the hostages will occur as a gesture of good field.

Fighters of terrorist group “DNR” promised to release the two prisoners on the morning of Tuesday, December 27.

It is reported by the separatist edition GIVEN with reference to the “Ministry of public security.”

The transfer of prisoners to the Ukrainian side will take place at 9 a.m. “as a gesture of goodwill”. No other details were given.

Read also: defense Ministry commented on the information about the three prisoners on the arc Svetlodarsk

Earlier, the militants said they were going to the Christmas holidays to bring two prisoners to the people’s Deputy Hope Savchenko. “As a goodwill gesture on the eve of New year and Christmas we without any conditions, pass to the representative of the people of Ukraine Hope Savchenko two women – Angelica Presnyakov and Olga, Swork,” – said in a statement.

Note, Svorak is a journalist of the newspaper Golos-info and the newspaper “the voice of the people of Ivano-Frankivsk”, which was detained June 21, 2016 in “LNB”. Angelica Presnyakov – judge Appeal court of Donetsk region.