In Kiev eccentric “gearhead” massively cut the rubber on the cars 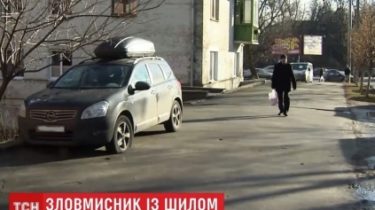 In Kiev eccentric “gearhead” massively cut the rubber on the cars

The man already figured out and can “Lynch”.

In Kiev there was a bus bully who, almost openly, the awl pierces the wheels to the car. He wielded largely in Kurenevka, where only around a house damaged several dozen wheels, says the story TSN.19:30.

Local residents suffer from the actions of the offender for three months. Inhabitants of the house, the Husbandman can not understand the motives of the person because their vehicles are parked according to the rules and not to disturb anyone. The pest is already filmed and figured out about where he lives. The police is already a few statements, but her hands until the bully has not yet reached. “The police did not react. This is some nonsense. He’s not hiding. It’s not ninja turtle quietly creeps – goes the same route,” – outraged residents of high-rise buildings.

To Lynch the owners of the vehicles have not yet decided – waiting for all the reactions of law enforcement officers. However, if the pest is not picked up by the police and vandalizing cars will not stop people threatening to self-teach strange “maniac”.

In Kiev, wielding the tire bully

He openly approaches the car and awl imperceptibly pierces the wheel. Operating in Kurenevka. Only one house had already damaged several dozen wheels. People tracked down the criminal, was removed and is now asking the police to detain him, because, they say, will be worse.