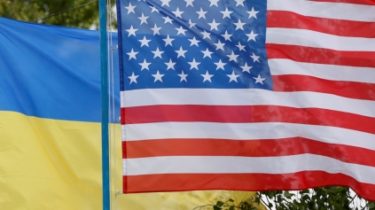 Under the restrictive measures were companies of the Russian defense industry.

On 27 December, the Commerce Department imposed sanctions on 23 companies from Russia and the occupied Crimea.

About it reports a press-service of Embassy of Ukraine in the United States.

Under the restrictive measures hit 15 companies in the Russian defense industry and eight in the Crimea. Sanctions are imposed for violations of international law by Russia and the escalation of the conflict in the East of Ukraine.

“The U.S. Department of Commerce adds 23 companies from Russia and Crimea to the us sanctions list, turning Crimea into an economically-toxic region and inhibiting the activity of the Russian defense industry. Working together with American partners, to restore the territorial integrity of Ukraine”, – stated in the message of the Embassy.

See also: “Chornyy list”: the U.S. imposed sanctions against bankers of the Russian Federation because of the war in Syria

This time in the black list of the U.S. Treasury Department was composed of seven individuals and more than two dozen organizations. In particular, the sanctions imposed against several managers of the Bank “Russia” and its related institutions, as well as against businessman Yevgeny Prigozhin, who has ties with the Russian Ministry of defense.