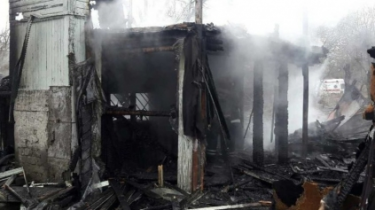 The wooden building burned to the ground.

Today, December 29, during a fire in a private house in Kiev killed four children. The event happened on Sadovaya street, in the area Rusanivsky gardens. About it reports gschs in Kiev.

See also: the personality of the man who died in a fire at the Kiev market

Rescuers found the bodies of three boys (2012, 2014, 2014 year of birth) and one of the girls, born in 2005. Before arrival of divisions of gschs, physicians provided assistance to 2-m adults which later refused hospitalization. In hospital hospitalized 12-year-old girl with burns.

The cause of the fire is still unknown.

See photo: In Kiev liquidated a massive fire near the metro station “Forest” 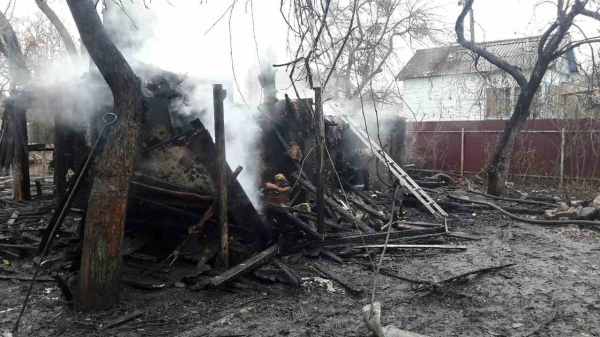