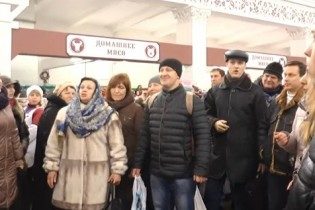 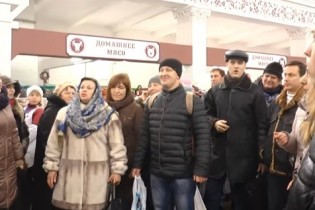 The participants of the flash mob sang two of the most popular Ukrainian songs.

Kharkiv struck a mass execution schedrivkas in the Central market. Impressive video of a flash mob appeared in the Network.

In the middle of the day in the indoor market hall a few people suddenly began to sing new year songs “Good evening to you, Mr Lord”. Then I joined other people and the song sounded powerful polyphonic singing.

After that, the participants of the flash mob sang “shchedryk” – one of the most popular Ukrainian songs this year marks a hundred years.

Birthday “Shchedryk” now celebrate Church choirs and orchestras, children’s groups and DJs who are happy to add an old song a new sound. To join the celebration any user of social networks. We only need to sing “shchedryk” and put it on your page marked#Щедрик100challenge #100yearsShchedryk.

The most popular Ukrainian songs in the world there are more than thousands of variations, and through the centuries after the birth again tells the world about Ukraine. Birthday wedrowki arrange flash mobs and arguing over who can sing better.