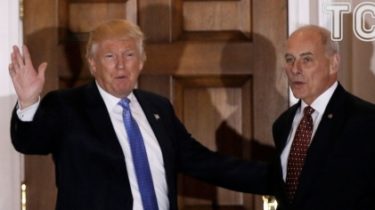 The Senator hopes that the next U.S. President will understand, who such Putin.

In particular, the candidates for positions related to the defense sector of the United States.

“I am convinced that the people he (Donald trump – Ed.) chose in the defense sector, in particular, General Mattis – a staunch supporter of Ukraine. General Flynn. General Kelly did. The people around him support Ukraine”, – said McCain.

Read also: US will support Ukraine, regardless of the personal position of trump McCain

According to the Senator, he hopes to understand the newly elected President of the United States the importance of relations between the U.S. and Ukraine. In addition, trump, McCain said, favours a significant increase in defense spending.

“Therefore, we hope that our exploration will be informed Donald trump on the attack on the foundations of our democracy, the election, I hope he will understand, who such Vladimir Putin, who is a murderer and a robber,” – said the politician.

We will remind, the American Senator John McCain expressed hope that Congress will be able to cooperate with the newly elected President of the United States Donald trump, in particular, the issue of expansion of sanctions against Russia, and assured that the United States is able to weaken the Russian economy.