The Russian military is afraid of the mob: they were forbidden to appear in occupied cities in the form 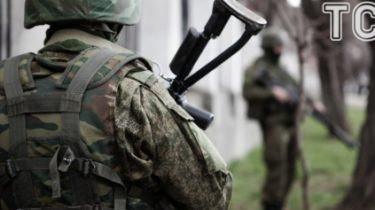 The Russian military is afraid of the mob: they were forbidden to appear in occupied cities in the form

Among the population there is a growing dissatisfaction with the behavior of the military of the aggressor country.

Ukrainian intelligence reports that among the local population of the temporarily occupied territories of Donetsk and Lugansk regions “growing outrage at the behavior in public places Russian soldiers, their wanton aggression and use of weapons.”

“In this regard, the AK command of the armed forces is prohibited in the days of the Christmas and new year holidays outside the military units of the Russian military personnel in military uniform to avoid cases of lynching of them by the civilian population”, – added in Department.

Earlier it was reported that the militants in Lugansk detain people for calls to fight the invaders.