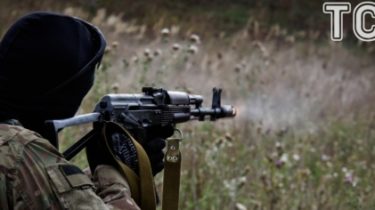 Victims of the night there.

In the past days not a single soldier was killed in the ATO area. This was announced by the speaker of the Ministry of defense of Ukraine on ATO Col.

“As a result of hostilities during the day in the area ATO not one military was killed, one was injured. It happened on the arc Svetlodarsk as a result of enemy mortar fire, ” said Matusevich.

Recall that in the past days, the militants intensified in all directions of the line of contact, firing Ukrainian positions 52 times.