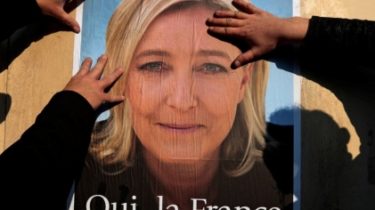 If she becomes French President, is planning to start negotiations with the EU.

The head of the French far-right marine Le Pen in case of a victory on presidential election intends to initiate an exit from the EU if Brussels did not return to the national management of border control issues, legislative, economic and monetary policy.

About it reports France 24.

“I haven’t changed my mind about the process that I am initiating relative to the EU,” she said.

According to her, in case of victory in the presidential elections of 7 may, she will immediately begin negotiations with the EU on the resumption of the four principles of sovereignty: territorial, economic, monetary and legislative.

Le Pen plans after six months of discussions to organize a referendum on the so-called Frexit – about a possible withdrawal of France from the European Union, as was the case in the UK.

See also: Contempt of sovereignty. The foreign Ministry outraged by statement by Le Pen on the legality of the annexation of Crimea

We will remind, earlier it was reported that Prime Minister Theresa may is planning to start negotiations with the European Union on Brexit at the end of March 2017.