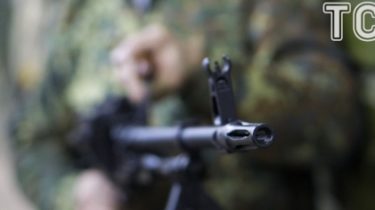 In General carried out 21 attacks.

As of 18 hours on 6 January, the militants continued shelling of our positions in all directions. This is reported in the headquarters of ATO.

On Lugansk the direction from grenade launchers fired at the Village Lugansk, Novotoshkovsk and Novozvanivka.

On Donetsk the direction from mortars and heavy machine guns at our positions in the area of Lugansk and Avdeevka.

In the area of Novotoshkovskoye, two of our soldiers wounded. There are 21 fire.

Recall that according to intelligence reports , the Russian military resorted to tricksto not only go on a business trip to Donbass.