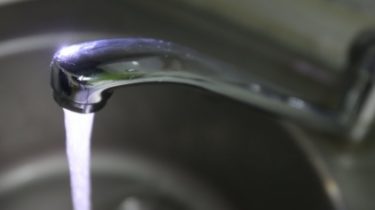 The first time in Ukraine paid part of the debt for the water supply to the population living in the occupied areas of Luhansk region. About it reports a press-service of the Ministry of the temporarily occupied territories and internally displaced persons.

So, from the beginning of 2016 during a meeting of the Tripartite contact group on peaceful settlement in the East of Ukraine has repeatedly raised the issue of the practical mechanisms of debt payment for water supply beyond the control of the government of the territory of the Luhansk region.

For the first time after almost a year of negotiations a settlement mechanism for water earned – was paid 10.5 million UAH.

See also: In Avdeevka and Yasinovataya will restore the water supply

“6 January 2017 Municipal enterprise “popasnaja district Vodokanal” was paid part of the debt in the amount of 10.5 million UAH for water supply beyond the control of government of Ukraine in the Lugansk region”, – stated in the message.

The Ministry noted that “popasnaja district Vodokanal” is the main company that provides water supply as controlled and uncontrolled by the government the territory of the Luhansk region. The calculations were involved enterprises are registered on the territory controlled by Ukraine territory and operate within the legal framework.

Now “popasnaja rayvodocanal” will be able to repay the debts to suppliers of electricity and to resume the supply of drinkable in the direction of the occupied Lugansk.

The Ministry stressed that Ukraine is taking all possible measures to ensure respect for international humanitarian law and about the readiness and continue to care about the Ukrainian citizens residing in certain districts of Luhansk region.

We will remind, on November 23 at the Ministry temporarily occupied territories and internally displaced persons of Ukraine has informed that more than 500 thousand residents of Lugansk region can remain without water for nonpayment of terrorists “LNR” for water.

December 1, due to debt for electricity was terminated electricity utility “popasnaja district water utility”supplying water in certain areas of the Donetsk and Luhansk regions, temporarily not controlled by Ukrainian authorities.