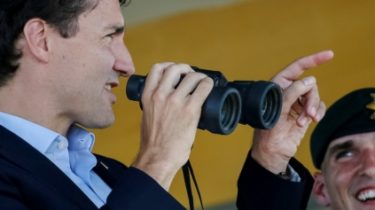 From a trip to Davos has refused Merkel and Hollande.

The Prime Minister of Canada Justin Trudeau has cancelled his visit to the world economic forumheld in Davos, Switzerland.

The reason for the refusal was the need Trudeau to focus on the trip to Canada, in which Prime Minister of the country will go in the next few weeks to communicate with citizens.

Reported “UKRINFORM” with reference to the office of the Prime Minister of Canada.

See also: EU Leaders trying to save the agreement with Ukraine – The Guardian

“The Prime Minister will visit Davos to attend the world economic forum”, – clarified the office politics.

In Davos Canada, in turn, will be the honorary delegation with the Ministers of the Federal government.

It should be noted that in December the office Trudeau reported on the preparation of the premiere of the world forum.

We will remind that earlier from a trip to Davos refused the French President Francois Hollande and German Chancellor Angela Merkel.