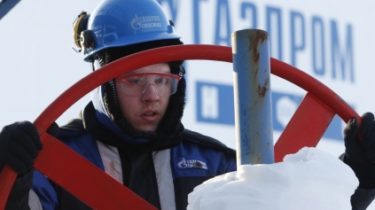 Experts predict a third gas crisis, which now can be solved by the Kremlin.

Due to severe frosts in Russia “Naftogaz of Ukraine” expects provocations from outside “Gazprom” and groundless accusations against Ukraine of failing to ensure transit.

About it the press service of the company reported on the page in Facebook.

See also: “Gazprom” has reduced gas transit through Ukraine after the decision on the part of the “Nord stream”

“It is likely a situation when Gazprom will not have enough resources on their heating, and for export to the EU. Then the extreme will try to do to us”, – noted in press service.

In addition, it is reported that Ukraine’s severe cold touched only partially, and the company has sufficient volumes of gas in storage.

See also: In Lithuania has obliged “Gazprom” to pay the largest in the history of the country fine

Also, the press-service of “Naftogaz” shares a post Mikhail Gonchar, Director of the Center for global studies “Strategy XXI”. The expert noted that the coming days will show, dare the Kremlin to provoke a third gas crisis.

“Gazprom” can be in the position 5 years ago- the end of January – beginning of February 2012, when he was not able to meet the needs of foreign consumers during peak growing needs of the Russian. […] Then the advantage will be provided to the satisfaction of the Russian requirements, and Europe can partly be cut off, ceasing the transit through Ukraine under the artificial pretext of “gas theft”, because in the Ukrainian UGS “little gas,” wrote Potter.

The President said during his visit to Ternopil region. Poroshenko assured that the Ukrainian side expects a positive decision of the Stockholm arbitration court in the case of “Naftogaz” against “Gazprom”. Last week concluded the hearing. “Naftogaz” requires “Gazprom” to return the overpayment for expensive gas purchased under contract from 2011 to 2015.