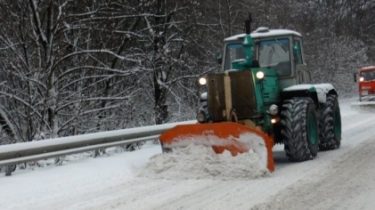 Kiev warned of a strong storm.

Cars that will not interfere with public utilities to clean the snow, to pick up the tow truck.

“Public utilities are reminded about the request not to Park private cars on roadsides so as not to interfere with snow plows. As a reminder, cars that will stop to clear the roads of snow will be evacuated,” – said the press service of the Ministry.

By the way, on 8 January in Kiev expected heavy snowfall and blizzards.

Therefore, in the Kyiv city state administration urged drivers to be attentive and careful on city roads. Pedestrians are encouraged to move along the sidewalk with care, cross the road only at designated places, be careful.

Recall that on the eve Ukraine suffers from winter weather. In the South the snow a few days was blocked the road, and in the Odessa region restricted the movement of trucks.