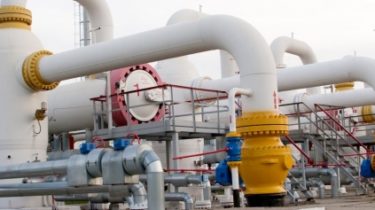 Now the system works in the mode of commissioning.

Began the supply of gas from the Krasnodar territory in the occupied Crimea through the new pipeline, but so far in the framework of commissioning.

This was reported by a member of the energy Committee of the state Duma Mikhail Sheremet, RIA Novosti reported.

“Gas in the system. Pre-commissioning work, under which a delivery of gas from the Russian mainland. Enough gas pressure is sufficient, so I think that in the near future, in a short time “SGM “finish commissioning work and enter the pipeline in normal operation,” – said Sheremet.

According to him, the previously entered schedules of restriction of gas supply to large industrial enterprises of the occupied Crimea is practically applied.

The President said during his visit to Ternopil region. Poroshenko assured that the Ukrainian side expects a positive decision of the Stockholm arbitration court in the case of “Naftogaz” against “Gazprom”. Last week concluded the hearing. “Naftogaz” requires “Gazprom” to return the overpayment for expensive gas purchased under contract from 2011 to 2015.

As is known, the Russian “State unitary enterprise “Chernomorneftegaz”, which after annexation of the Crimea illegally took control of the assets of the Ukrainian company Chernomorneftegaz annually on the Black sea shelf produces 2 billion cubic meters of natural gas.

In addition, the guards have repeatedly reported about the illegal installation of drilling platforms in the Ukrainian waters.