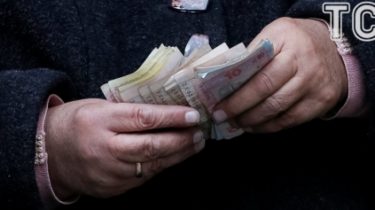 In the latter case, the woman stole from pensioners 4 thousand hryvnias.

A group of crooks who have left the villagers with a hungry pudding, detained in Chernihiv law enforcement. Pseudobiological promised to the elderly pension supplements, grants and generous food packages for Christmas from local authorities. Cereals, sugar, oil — to whom what and how much, were recorded in a special notebook. It is, in fact, was only a pretext to enter the house to investigate.

As left without money for Christmas, says Anastasia Romanenko. Met in the yard of a woman who promised to spouses of pensioners support and assistance. And ID in for a visit, says the hostess, but the document is not checked.

“And to end with the grandfather have not yet received a subsidy. All have already received, I believe,” – says the victim Anastasia Romanenko.

The woman asked the couple three bills from the savings, allegedly to rewrite the serial number. First, grandfather was outraged.

“It wound up that we do not believe in the identity showed it. Like, insulting me for the fraud I think,” – says the man.

And surrendered. A jar of money guests showed up and brought her back to the storeroom. It seemed nothing to worry about. Any more tricks like that one of the spouses is still not seen.

“When she took the jar, I don’t know! It’s finished, fit-fit, and away he went. When she and grandfather were there and me. I ran to the jar at once! Grandfather, no money or jars”, – says the woman.

Immediately called the police, but was arrested a gang is already at the entrance to the district. Among the things the suspect found a jar of grandma’s money — 4 thousand hryvnia. And a lot of gift notes and a notebook with notes — the names and addresses of single pensioners and next of the list of products on which villagers asked.

Guess this group went into the house to the villagers under various pretexts — they are entertainers, social workers, and they, the bankers, who changed the old bills, they are the same deputies who were offered food packages. As took money, the suspect told militiamen.

“She went to get the documents to me to bring. And this time I took the jar, put it in his pocket. What I confess, this is nothing. I have three chances to repent, but I do not understand, yet… now I will be Condemned,” says crook.

How severe will be the punishment will depend on the number of victims and damages. In the found notebook militiamen have counted about 80 records. The main problem is to identify. Most of the deceived pensioners in this age, almost do not see.

Went into the house under various pretexts: they’re costumed social workers, they are also bankers, changed the old bills, they are the same deputies who were offered food packages. As took money, the suspect told militiamen.