Social taxi service for people with disabilities: how it works in Kiev and why many complaints 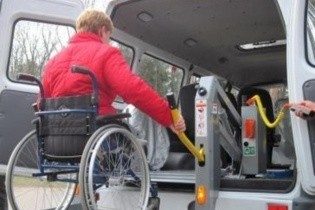 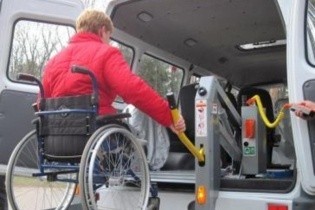 Social taxi service for people with disabilities: how it works in Kiev and why many complaints

Free to go to the hospital or pharmacy on a specially equipped transport – the opportunity is now in Kiev will be a larger number of people with disabilities. Social taxi which will take you anywhere in the capital, power and first aid kits. Drivers help to leave the apartment and sit down. But wheelchair users still have reason to be dissatisfied.

In order to use social taxi, people with disabilities should be in a special account. And carry – in medical, rehabilitation and other institutions.

Natalia Kruk is going to court on the other side of Kiev. But a wheelchair will not drive. Therefore, gaining room free municipal taxi for special people. But calling is useless. The woman asking the passport and the certificate of bad health. Only after that will come in a day or two. Social transport – turn.

“The fact of the matter is that there are limitations. So I called a taxi, I need to apply about disability. If it is a University, it is necessary to call the session to submit a schedule when I need a vehicle,” says Natalia Kruk.

20 brand new buses are purchased the city for people with special needs. Each designed for three wheelchair users with attendants. The old beads, the number of vehicles has doubled. But this is not enough.

“Enough work. And these machines are just the help we wanted. This comfortable cars: television, air conditioning,” says the driver Stanislav Derevyanko. He already had three flights.

A lot of orders, complains the Director of the Department of social policy Yuri shouters. If there is a free car, the passenger will not only bring to the hospital, but to the station or to a close relative. The main thing is to register.

“Why the procedure is relatively complex? In order to get rid of the shameful practices. For example, an unscrupulous driver decided to bring a bag of potatoes on the market. By the way, if the person is already in our database, if he uses this service, also submit all the documents there is no need,” explains Yury Krikunov.

Two dozen free taxi – a drop in the ocean, say in the Assembly of people with disabilities. The physical difficulties experienced by every tenth inhabitant of Kiev. It is 300 thousand people, which every day somewhere.

A resident of the capital Vladimir Azin said that personally he has no problem to get to the subway or trolley. But to reach them he can’t do without elevators and ramps.

“For example, the metro is one of the most inaccessible forms of transport. Almost 90% of the stations in Kiev unavailable. A lot of taxis. These “Bogdan”, who travel, they are not available for people with disorders of musculoskeletal system”, – said Vladimir Azin.

In Kiev with disabilities to social taxi a lot of claims. But even more – to the comfort of the capital. People are ready to move on their own. And to pay for transport. Because I want no handouts, and respect that will allow them to feel superfluous in his hometown.

Free to go to the hospital or pharmacy on a specially equipped transport – this option is now in the capital will be a larger number of people with disabilities: this is a “social taxi” that will take you anywhere in Kiev with dimmer and kits. Drivers help to leave the apartment and sit down. But wheelchair users still have reason to be dissatisfied.