In Kiev, a wanted criminal tried to kill herself at the bus stop 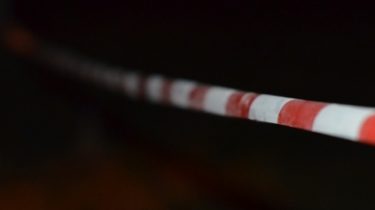 In Kiev, a wanted criminal tried to kill herself at the bus stop

The man was hospitalized with superficial injuries of forearm.

In Kiev, a wanted criminal tried to kill herself, on a stop of public transport.

It is reported by UNN with reference to own sources.

The Agency reports that the incident occurred on 10 January in Solomenskiy district of the capital.

It is noted that the 30-year-old man, being drunk, cut her wrists, but not dead. He was hospitalized with superficial injuries of forearm.

It was later revealed that the man was wanted for crimes.

See also: Under Nizhyn court shot the man decided to move out of the apartment

We will remind, in the center of Odessa, a man tried to commit suicideby shooting himself in the head from a traumatic gun. As noted, the incident occurred on December 30 in one of apartment houses on the street Spiridonevsky. Now militiamen establish the reasons which led man to suicide.